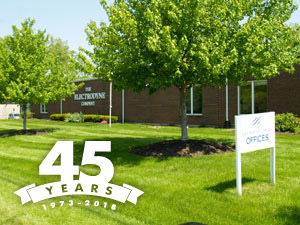 Walter S. Blume, Electrodyne founder, invented the bonded class and quality of magnet which Electrodyne produces. The invention resulted in U.S. patent 2,999,275. The patent was awarded, to Mr. Blume, on September 12, 1961. He was also awarded corresponding patents in England, Western Europe, South America, Australia and Japan.

Mr. Blume truly is a pioneer in the field of magnetics. That same inventive spirit is what The Electrodyne Company is built on today. We strive to provide the best quality products to our customers no matter what the application. We guarantee your requirements will be met with our custom product solutions.

The Magnetics Division of Leyman was the first to manufacture the bonded class of magnet relevant to patent 2,999,275, first mentioned above. The Division was formed by Mr. Blume in the 1950’s, remained under his management, and enjoyed international recognition and success with its product. The Leyman Division was ultimately succeeded by The 3M Company which in 1967 had initiated negotiations, with Leyman, to acquire the Division and underlying foreign and domestic patents Mr. Blume had assigned to it.

Subsequently, Mr. Blume established Electrodyne which is currently celebrating over 40 years in the business of magnet manufacture.

Present day operations at Electrodyne are under the direction of Scott Blume, Electrodyne President.

In keeping with Electrodyne’s commitment to provide new and innovative magnetic material to our customers, Scott was awarded U.S. Patent # 4,873,504 and 6,707,361, along with several foreign patents. Additional patents are pending.